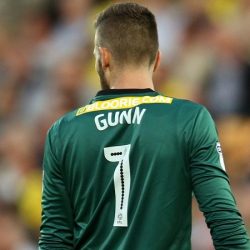 This Sunday, Norwich City will be travelling to Portman Road to face Ipswich in the first of the Old Farm Derbies this season. It will certainly be a fiercely fought competition between two huge rivals as the derby is widely known as one of the most highly charged encounters in English football. The two clubs have faced each other 142 times since the first match in 1939.

Norwich extended their unbeaten run against Hull last weekend with a dramatic 96th minute equaliser from Nelson Oliveira which leaves them with 4 victories and 2 draws in their last 6 games. Ipswich, meanwhile, have won two and lost 4 of their last 6 games, with their latest two fixtures against Bristol and Sheffield United having resulted in losses. Norwich sit 1 point and 2 places higher than Ipswich in the Championship. Norwich are 8th with 19 points and Ipswich are 10th with 18 points; however, Ipswich have only played 11 games to Norwich’s 12.

Norwich also look forward to facing Arsenal in the Carabao Cup at the Emirates on Tuesday, and an away victory at Ipswich this weekend would surely give them a huge confidence boost going into that fixture.

Cambridge face Chesterfield at home off of the back of a well earned point away from home against Lincoln at the weekend, followed by a 2-1 victory at home on Tuesday night against Yeovil Town. This victory against Yeovil ended a 4 game unbeaten run for the U’s, which means manager Shaun Derry is unlikely to make any changes.

Cambridge should expect a tough game against Chesterfield who are searching for back-to-back victories for the first time since November last year. Although their victory over Crawley was their first in 11 league matches, they will not roll over easily at the Cambs Glass Stadium this weekend.

Newmarket travel to Enfield Borough in the FA Vase Trophy in their first game in the competition. Enfield Borough are in the league below Newmarket, but have only lost 1 game this season, so the Jockeys will be expecting a tough test. Although they have three injuries, Newmarket should have enough to beat Enfield and progress to the next round. The final of this competition will be played at Wembley on the same day as the FA trophy in May.

Good luck to all!