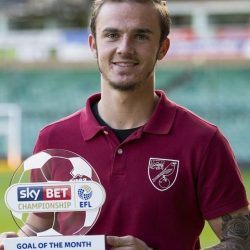 Here’s a preview of this weekend’s football action following the international break:

Norwich face Hull City at home having gone unbeaten for the whole of September. Hull, after coming down from the Premier League last season, currently sit 17th in the Championship and have been the definition of inconsistency so far this season. They have only won a single game in their last five – although this win came in their last fixture against Birmingham City where they thrashed them 6-1. Hull have not won away this season, with all three of their victories coming at home.

Norwich are in the top half of the table and, if results go their way, could see themselves sitting comfortably in the playoff places at the end of the weekend.

James Maddison has also picked up September’s Goal of the Month award for a superb strike against Middlesborough – you can watch the match highlights by clicking here.

Cambridge travel to Lincoln City, who sit three points and four places above the U’s. Cambridge and Lincoln have a long history having played each other six times in the national football league where Cambridge spent nine years until they were promoted to League 2 in the 2014 playoffs. Of these six fixtures, Cambridge have won four and lost two. Uche Ikpeazu has been Cambridge’s main goal threat so far this season having scored four goals so far, and hopefully he will be able to add to this tally against the Red Imps.

Newmarket travel to Ely City for a local derby this evening after winning 4-0 at home at the bloorie.com stadium. Spriggs scored a hat-trick and a penalty from Watson sealed the game against Histon on National Non League Day last Saturday.