Blooriedotcom Declared to Race at Newmarket! 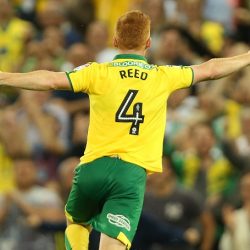 On the back of their fantastic derby victory in the league against Ipswich, the Canaries travel to North London to face Arsenal in the Carabao Cup tomorrow.

Norwich, having had to request more ticket from Arsenal following immense popularity, have sold out their maximum allocation. This means there will be 8,800 travelling away fans who will no doubt be in full voice throughout the fixtures!

Daniel Farke has so far fielded strong teams in the competition and we have no doubt that this will continue tomorrow night. It is unlikely that striker Nelson Oliveira will be available for selection as he continues to recover from his injury, and it is unclear whether Christoph Zimmerman will be available having pick up a knock against Ipswich at the weekend.

Arsenal have recently hit form of their own having beaten Everton 2-5 at Goodison Park – this result turned out to be the nail in the coffin for Ronald Koeman who have just been sacked by Everton following a poor start to the season, despite significant investment in his playing squad.

We expect arsenal to make changes in the tie, but this will by no means be a weak side. Arsenal’s form in the Europa League is proof of their squad depth and the strength that they have in their academy.

It is sure to be a spectacular evening for the Canaries and we will be there singing from start to finish in the sea of yellow and green!