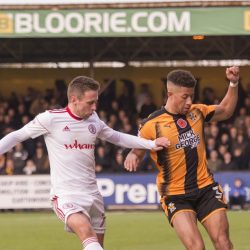 Norwich City host Barnsley at Carrow Road on the back of three consecutive defeats. Barnsley are on good form at the moment and seek their third victory in a row and have also only lost 1 of their last 6 matches.

The Canaries seemed to suffer from fatigue following a run of tightly packed fixtures which included taking Arsenal to extra time at the emirates. They have had a small window of opportunity to recover over the international break now so we are hopeful they can get back to winning ways and look to cement themselves in the playoff places.

Cambridge travel to local rivals Luton in what should be a fantastic clash. Added to the rivalry is the fact that Cambridge’s star player Luke Berry has now moved to Luton who are pushing for automatic promotion into League 1.

Cambridge have had a positive month with 2 wins and 3 draws in their last 5 fixtures in the League. They will be hoping to continue this unbeaten run, but Luton will be no easy away fixture.

Newmarket travel away to Clackton this weekend following a disappointing loss to Long Melford, despite having been 2-0 up at half time. This is a must win game for the Jockeys who cannot settle for a draw if they are to push towards promotion to step 4. Hopefully new signing Ryan Phillips can bolster their midfield.

Good luck to all involved!